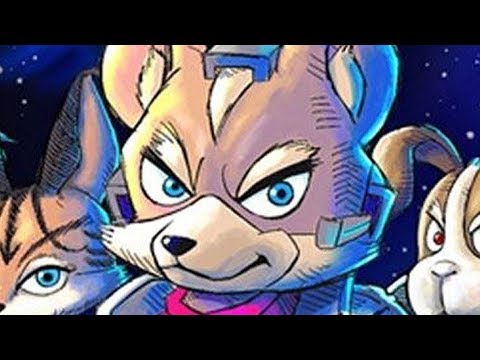 Nintendo has made many, many games, but for every Super Mario Bros, Kirby's Adventure, and The Legend of Zelda: Breath of the Wild, there's a Love Tester, Sky Skipper, and Yoshi no Cookie

No clue what those are? Well, you're about to find out! These games and consoles, if you can even call them that, may not have redefined interactive entertainment, but they're hot collectibles, not to mention important pieces of the history of gaming's weirdest and most beloved company Love Tester It's hard to believe, but way back in the day, Nintendo didn't make video games It made playing cards, and it made them quite well For decades, Nintendo dominated the Japanese playing card industry, until a market crash in the '60s forced the company to start looking for other streams of revenue Nintendo soon found lots of success in the toy market, thanks largely to Gunpei Yokoi, whose big claim to fame would be designing everybody's favorite big gray brick

But, by far, Yokoi's most intriguing pre-Game Boy idea was the Love Tester Not a game in the traditional sense, the Love Tester required two participants to grip metal knobs and then hold hands The device then ranks how passionate the couple is and displays the results on a meter While the electronic novelty isn't exactly based on foolproof science, the Love Tester's age and collectors' mania for all things Nintendo makes this one pretty sought-after Color TV Game 6 Savvy game historians know that the NES wasn't Nintendo's first home console

That honor belongs to the Color TV Game 6 Instead of playing cartridges, the console came preloaded with six "different" games The catch? Every game is actually just a different variation of "Light Tennis" Or, in other words, Pong The console performed well for Nintendo, moving 350,000 units

It even led to a number of sequels In all, Nintendo sold 3 million Color TV consoles That's not a runaway success like the Wii or the Switch, but for a new product in an unproven market, it's not too shabby The Color TV Game 6 isn't a must-play, there are better versions of Pong out there that are also easier to find But if you're a Nintendo completist, start looking now

Some of the carts were handed out to the Nintendo World Championships regional winners, who also went on to the finals at Universal Studios, Hollywood, while 26 specially-made gold cartridges were given to Nintendo Power subscribers as prizes The latter copies are especially valuable, selling for over $100,000 on eBay Sky Skipper In the bizarre side-scroller Sky Skipper, players control a biplane pilot as he cruises through the air, fights giant monkeys, and rescues members of the lost royal family Ultimately, the game failed to make a dent at Japanese arcades Over time, Nintendo retired the Sky Skipper machines and reused its circuit boards for Popeye, a much more popular game

For all intents and purposes, Sky Skipper was gone But that's where things get interesting Years later, when Sky Skipper was little more than a fable, a Swedish collector discovered that his Popeye cabinet had one of the recycled Sky Skipper circuit boards That prompted a group of arcade enthusiasts — including Nintendo super fan Alex Crowley, to try and restore the game And luck was apparently on their side

They randomly found a Sky Skipper board in an old warehouse, and the tinkerers used parts from both boards to reconstruct the entire thing Then, they reverse-engineered a Sky Skipper ROM that was available online After months of hard work, they got the game running The project didn't stop there With the help of King of Kong star Billy Mitchell, the Sky Skipper restoration team got access to a Sky Skipper ,-prototype stored at Nintendo of America, and used that as reference when recreating the game's outer casing

The end result is a one-of-a-kind collector's item: the only complete, working version of Sky Skipper in existence Yoshi no Cookie: Kuruppon Oven de Cookie Yoshi's Cookie isn't all that special It's a tile-matching puzzle game in the same vein as Doctor Mario, but it's addictive in the way that those types of games tend to be, and ended up getting pretty positive reviews Yoshi no Cookie: Kuruppon Oven de Cookie is different, though At its core, it's still Yoshi's Cookie, but there are a few extra features that make it stand out

See, Yoshi no Cookie: Kuruppon Oven de Cookie was developed and released in order to promote the Kuruppon Oven appliance As such, this game comes with an entirely brand new adventure mode in which players guide Yoshi around a map, gather supplies, and then receive recipes from the plucky dinosaur that teach them how to make various types of treats Most striking, however, is its price tag Only 500 copies of the Super Famicom game were made, and the cartridge is valued appropriately According to Wired, the Japanese-only cartridge sells for almost $2,000 in Tokyo's Akihabara neighborhood, where many collectors go to find rare and unusual games

Star Fox 2 For years, Star Fox 2 was a mystery In the mid-90s, Nintendo shared screenshots from the game in various magazines, and the development team completed the game, but it never actually came out At one point, a ROM leaked online, letting emulator users play an unfinished version, but nobody had a final and complete cartridge, with one notable exception While he was working on the Nintendo DS' Star Fox Command, Nintendo sent lead programmer Dylan Cuthbert a complete, retail-ready Star Fox 2 cartridge to use as inspiration Ultimately, Star Fox fans got their hands on the final edition of Star Fox 2 thanks to the Super NES Classic Edition, where the game made its official debut 21 years after its scheduled release

That's still an emulated copy, however, not the real thing As far as anyone knows, Cuthbert's cartridge is the only official copy of Star Fox 2 that runs on a real Super Nintendo console Sure, you can pick up a bootleg cartridge on eBay, but if you want the real McCoy and your name isn't Dylan Cuthbert, you're out of luck