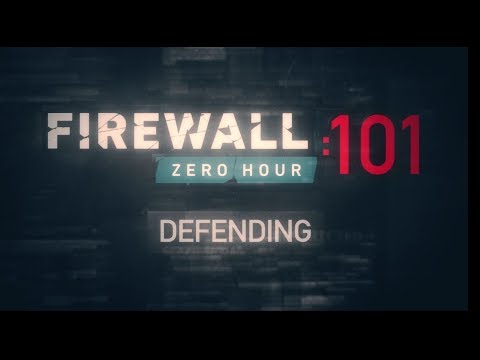 FATHER: The location of the laptop has been revealed Save him at all costs

PLAYER 1: All right They come in PLAYER 2: I hear shots DAMOUN SHABESTARI: Firewall Zero Hour is a VR shooter for many people, 4 out of 4 ADAM ORTH: Defenders they are hired to prevent the start hacking and taking data from a laptop

JOSHUA OCHOA: The goal is to stop the attack at all costs DAMOUN SHABESTARI: During defense I really like using shotguns and mines I like to have equipment in my equipment, thanks to which I can set traps It's really worth having C4 and mine They must be blocked in invisible places

The beauty of VR is that when setting up traps, we can physically aim and put a trap You can do it in a very unpredictable place After the door lock has been installed, the enemy must either break it or break it or destroy the entire door with C4 cargo This causes a lot of noise So as a defender, after blocking we get at least a short warning, that the enemy is already storming

JOSHUA OCHOA: While playing Firewall Zero Hour, I love to play as a defender My strategy is to set up traps and then retreat to the corridor or corner, depending on the map Generally, I try to lure the other team into their trap If we add a smoke grenade to it, it gets hot Then we do not know if one guest is after us

two or maybe three? When we notice lasers through the smoke, we only have two exits: run away or fight for life