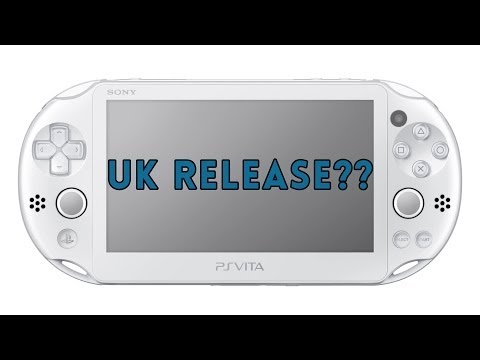 Hey everyone This is Game on, I'm Grace and I'm going to be bringing you the gaming news of the day

First up it looks like the PS Vita Slim could be coming to the UK very soon Sony sent round a hint fueled invite asking people to come along to witness the "introduction to the slimmest" launch in PlayStation history on January 30th The rumour mill is on heat with this one saying its just got to be the PS Vita Slim Sony's updated handheld console is 20% thinner, 15% lighter but no news on price yet Who knows maybe next Thursday could be the big reveal, we'll let you know if we hear anything

More rumours now as fuel has once again been added to the idea that inFAMOUS: Second Son could have an online multiplayer mode A Japanese website has popped up which describes the game as supporting an online mode Exciting but although it's quite a big hint you can't always believe what you read on the internet Of course it could be a mistake or it could mean that the chance to edit levels and share them online like inFAMOUS 2 could be the case instead which is still pretty cool A lack of confirmation from the guys over at Sucker Punch means we'll just have to keep a lookout for anymore news on this one

BUT fingers crossed And last up, a fan has taken it upon himself to rewrite Bioware's controversial Mass Effect 3 ending Gary Pugliese has written 539 pages worth of what he calls Mass Effect 3: Vindication which includes new missions, a revision of in-game relationships, and he's even added new enemies He's also proposed some DLC content and included a bunch of concept art to really bring it all to life So it looks like Pugliese means serious business and you can check out the script for free online I'll add that in a link in the description below and thanks for watching Game On News