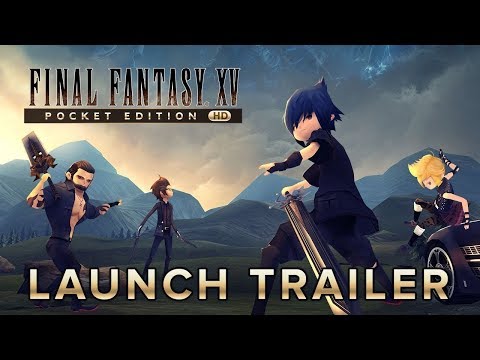 The decreed hour is come Take your leave, and go in the grace of the gods

Insomnia… falls? Wha-?! This your idea of a joke? There was an attack The Imperial Army has taken the Crown City Lies The reports of the invasion are all the same How could every headline in the kingdom be wrong? A NEW WAY TO EXPERIENCE FINAL FANTASY XV In the wake of the news of King Regis’ death, we’ve now received word that Crown Prince Noctis, and the Oracle Lunafreya, have also been pronounced dead

If you’re looking for the whole truth, you know where to find me IN THE ASHES OF LUCIS THE TRUE KING WILL RISE No going back Only way is forward No going back… Let’s go Do not surrender to despair

Have faith- for our gods watch over us By their blessings- by the stars that light the heavens above- -our world will be delivered from the perils of the dark RECLAIM YOUR THRONE Chocobos! CHOCOBOS!!! Let’s go